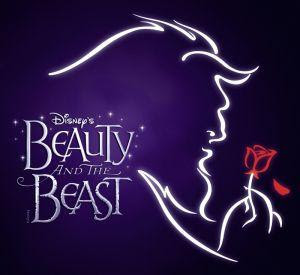 ABOUT THE PLAY     A wandering enchantress transforms a cruel and vain prince into a hideous Beast, leaving him only one way to reverse the curse … to fall in love and earn love in return. Belle, a beautiful booklover, encounters the Beast when she arrives at his castle to plead for her father’s freedom, ultimately trading her own for his. As tension over her imprisonment escalates, spurred by Gaston, the selfish lover who seeks Belle’s hand in marriage, the relationship between Belle and the Beast grows, leading to an emotional and transformative ending.         CHARACTER DESCRIPTIONS
BELLE – Belle is the original fairy tale heroine….kind, gentle and beautiful…but with an important 21st century twist. She is a strong, intelligent, spirited and independent young woman. She is the moral conscience of the story, elevated by her thoughts and deeds. Strong singer. Portrays innocence with her singing and speaking voice. Audition song: Belle (9-34), Home (37-85)

THE BEAST – The Beast’s tortured soul is evident. He is paying the ultimate price for a moment of mean-spiritedness and wishes he could rectify his mistake. There is anger and menace in the Beast’s appearance and behavior, but increasingly we see his soft and endearing side as he interacts with Belle. Strong singer. Strong speaking voice. Strong stage presence. Audition song: If I Can’t Love Her (1-47)

GASTON – Although he is physically handsome, Gaston is shallow, completely self-centered, not very bright and he thrives on attention. Strong singer. Moves well. Audition song: Me (23-53)

ENSEMBLE (TOWNSPEOPLE/ENCHANTED OBJECTS/WOLVES) The ensemble is very busy….solo singing parts in Belle and The Mob Song, many great dance numbers and some smaller speaking parts. Acrobatic skills are welcomed. Must sing and dance. Audition song: Be Our Guest (64-82)
For more information, visit www.gpt.org

If you are going to Audition for this please send Ms. Kim your headshot and resume for submission ASAP @ KimSimpson@YEAgency.com